Have you ever had a mysterious pain in your “low-back” after hard exercise, lifting weights, or trying a new sport/activity? Or how about sitting for too long in an airplane or car? And in the morning you find it hard to bend over and touch your toes? And maybe you find yourself twisting side to side and find that nothing really seems to make it feel better?

And here’s what do most people try to do when they get stiff low-backs or feel pain that’s hard to trace.

They try to stretch it. Apply ice or a heating pad. Or worse, leave it alone because some “professional” who has never lifted weights meaningfully scared them out of activity.

If this is you, I’m going to say two things that might sound far fetched –

Here’s the way out. Are you ready?

The way out of this pain is to strength train with the “Big Four” muscles. Let me explain.

The “Big Four” are two pairs of muscles, the first is the Quadratus Lumborum and Obliques, and the second is the Hip Flexor/Psoas and Piriformis.

When these pairs are “frozen” we tend to register that as “low-back not feeling good”. 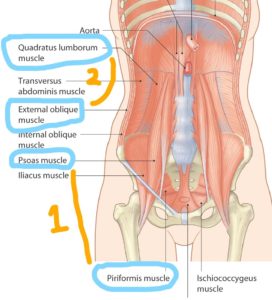 What if I suggested that the muscles in the areas near your tailbone and butt were just “stiff” to protect you? That your nervous system was guarding the muscles in your hips and won’t let you touch your toes.

the Big Four muscles are frozen in one position (like when sitting), the nervous system sends the message to the surrounding muscles in your lower spine and hips to not budge.

Our nervous system guards us by not letting us move in ways we cannot control. It tells us through light pain signals or making us move slowly (think getting out of bed slowly with a sore back). Low-back pain and not being able to touch your toes are warning signs from the nervous system. So how do we convince our nervous system to let us move freely again?

This means that the Big Four muscles are “frozen” at one length, and cannot shorten or lengthen properly. So the way out of this pain is to BE ACTIVE with the Big Four!

I can tell you from personal experience that I used to have low-back pains that I couldn’t just shake. I thought I was doomed to love Olympic-style Weightlifting and have to deal with nagging aches and pains. But I found a way out and it was NOT what I expected.

It wasn’t until 2017 that I accidentally discovered the way out of low-back pain. I was mindlessly scrolling through my teacher Jon’s Instagram and caught him doing a variation of a movement I’d never seen before. I hired him for a few months to coach me and I recommend following if you don’t already (@yuenjon on Instagram).

He called it the Pigeon Squat.

So I decided to try it for myself. I was in an exploratory mood and was surprised by what a unique sensation it was. After I tried it, I reached for my toes and noticed that my low-back felt really loose and easily palmed the floor. 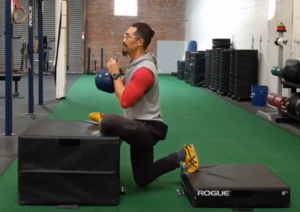 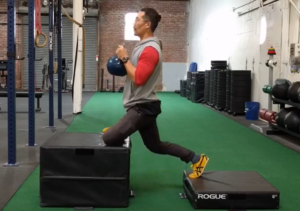 What in tarnation was going on? Looking at my past experiences, anytime I had low-back pain I could trace it back the Big Four muscles being knotted like cords and the surrounding back muscles. So I did some homework and it turns out that these in the area and found this surprising discovery:

The Pigeon Squat requires the active engagement of the Big Four of the muscles that contribute to “low-back tightness”. So it turns out that I had very little Range of Motion, or ability to lengthen and shorten these muscles on command. They only knew two commands – be the proper length for me to sit in a chair or lift heavy weights. Nothing in between.

I was shocked at how this movement associated with Yoga poses could be turned into a strength training exercise. And of course I tested it with a few friends who were shocked at how quickly they saw a difference in their mobility.

It’s the easiest move you can do anywhere to reverse low-back stiffness and aches. It’s the Yang brother to the Yin Yoga pose known as the Pigeon Stretch.

The Pigeon Pose that is popular in Yoga is meant to relax the nervous system. It might relieve pain in the short-term, but if you want to stop low-back pains right in their tracks, I can’t recommend this movement enough. Not only can you relieve pain now, but you can build resilience for the future so your nervous system doesn’t limit your movement so much.

The Pigeon Squat is a better option because it causes us to first ACTIVELY contract the muscle, which, combined with our special breathing pattern, will relax the tightened muscles, and also strengthen the Big Four Muscles.

TIP: If you combine the Pigeon Squat with taking a full breath and exhaling like you’re fogging a mirror, while relaxing a contracted muscle – you will be able to increase your range of motion.

Man, I can’t tell you how counter-intuitive that was for me at first.

How could such a simple move be both a relaxing pose AND a strength training movement?! It depends completely on your intention. If

The best part is you can do this just about anywhere or anytime. Start with your couch or chair and you might be pleasantly surprised. 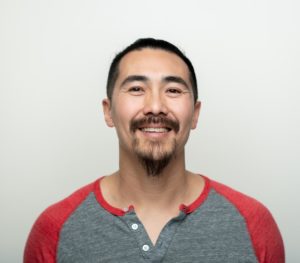 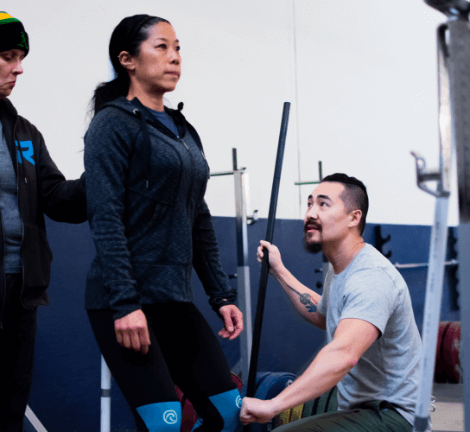 It hurts! How do I know if I should stretch or work the muscle?

When my clients have pain or stiffness that they don’t know what to do with, I have a “Sherlock Holmes” method of helping them figure out what it needs to feel better. It’s simple and I want to share it with you. Muscles are like Goldilocks. They like to be at just the right length,…
Learn More 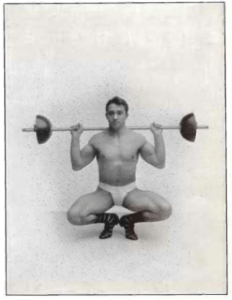 The Myth of Knees Over Toes

“Oh my god. What was that? I heard a pop! Is that normal?!” she gasped. I explained, “that’s just the joints in your knees farting. You’re going to be fine as long as it doesn’t hurt.” This was my third session training the MD, who I will call Judy. We were taking her through her…
Learn More

You may have heard phrases like, “Don’t lift with a round back”, or “You really should only be lifting through the legs.” You have probably heard critics in the fitness world say very bad things about rounding your spine. In some situations it does make sense to lift with the legs. But being able to…
Learn More